Week 5 of Summer Reading is about building, construction, and digging! This week we decided to be a little daring and do a really fun activity outside! Be prepared… it’s messy!

Buried Legos: This activity came from the CSLP 2013 Summer Reading Program Manual. The object of the game is to find all of the buried Lego pieces and then build the desired structure. This is a great team building activity 🙂 This game took the entire hour to do (along with some fun sidewalk chalk and treats) so be sure to allow enough time for digging and building!

* Fill large containers with layer of dirt, soil, and rocks and then add a few Lego pieces.  Then add the spaghetti on top and mix in more Legos. We topped it off with more dirt and added the last bit of Legos. Have the 3 buckets full of water for each team so they can rinse their Lego pieces off. Once the team has found all 70 Lego’s they can begin building!

* Each team had 20 pieces that were all the same color and used to build a Lego camel. The remaining 50 Legos were used to build anything! The team with the most imagination and creativity won 🙂 Building the Lego camel was a little challenging for some teams but it really taught the groups how to work together. 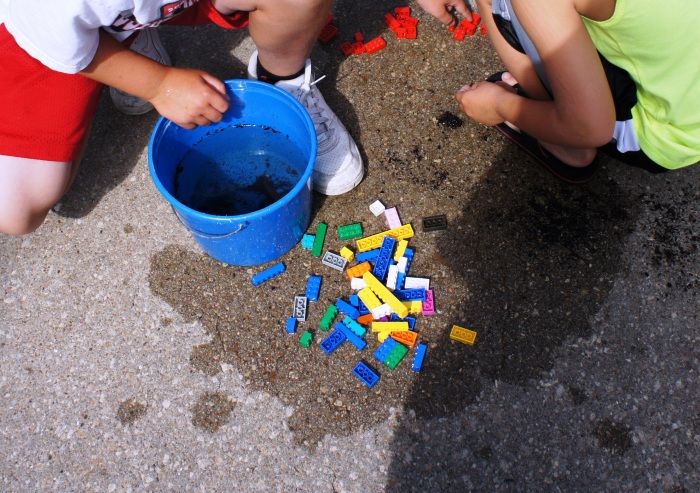 ** Afterwards we played with Lego’s, drew with sidewalk chalk, and ate cookies! It was fun to reward the teams after all of their hard work 🙂